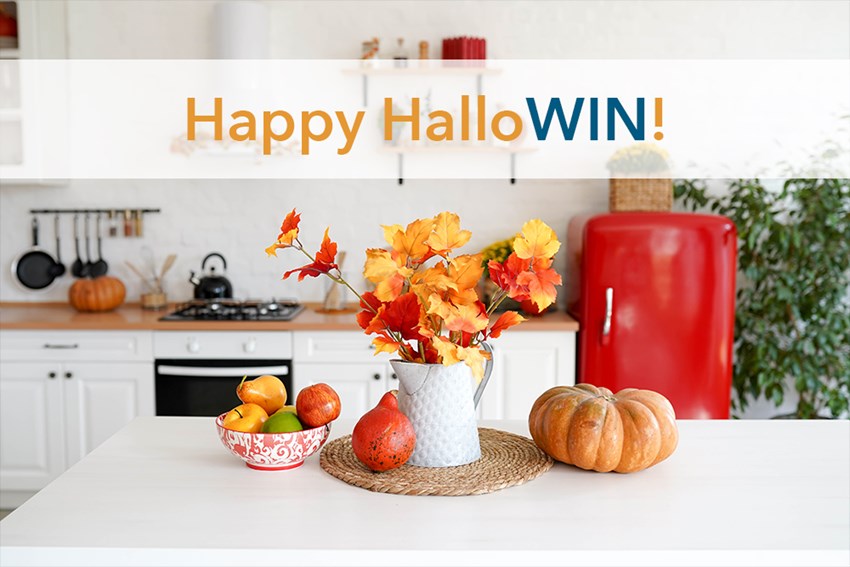 Loud banging noises, cold and eerie atmosphere, dripping water, lights turning on and off all by themselves… could they be signs of poltergeists running amok? Nah, before you chalk all that up to supernatural causes, try a more sensible, albeit less thrilling, explanation: the house needs repairs. And here are maintenance issues and the necessary fixes to drive those “ghosts” away. 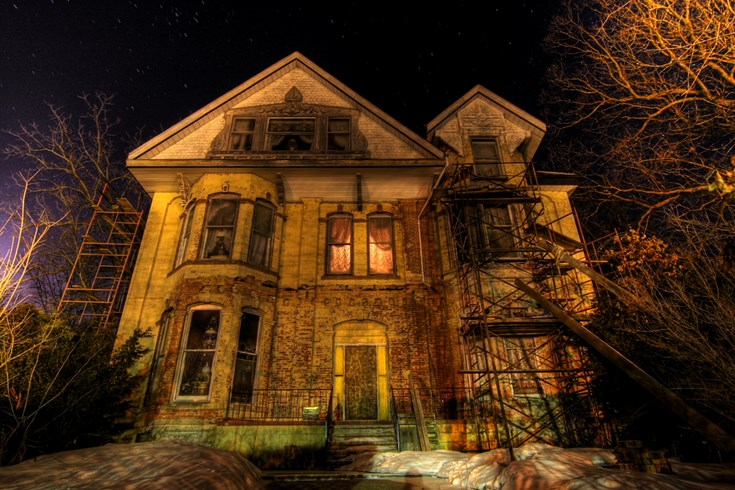 Let’s start off with what makes the chill factor around the house go viral: ghost stories. If people swear they see ghosts or other supernatural beings flitting around the house like they own the place, believe them. There’s a good chance they’re telling the truth. Or at least their version of reality. But before you call ghostbusters to drive those spirits away, try to check for deadlier health hazards like molds and carbon monoxide.

“Haunted houses” tend to be in a state of abject disrepair--just the kind of environment where toxic molds are thriving well due to extensive water damage. And to make matters worse, when the ventilation system and the chimney are not functioning as it should, carbon monoxide could make its way inside the house. Breathing in both of these toxic substances cause neurologic symptoms like delirium, nausea, as well as visual and auditory hallucinations in severe instances, which could explain otherworldly sightings.

In fact, one documented case is the story of the H. family, who after moving into their new home reported a feeling of weakness and having headaches. They began seeing apparitions and could hear footsteps in their house. Turns out, they were experiencing carbon monoxide poisoning because of a broken furnace in their house.

Before the ghost stories go out of hand, jinxing your property value in the process, have the house tested for the presence of CO and molds. Hire the services of a mold remediation professional or a chimney sweep if the inspection reveals these issues. 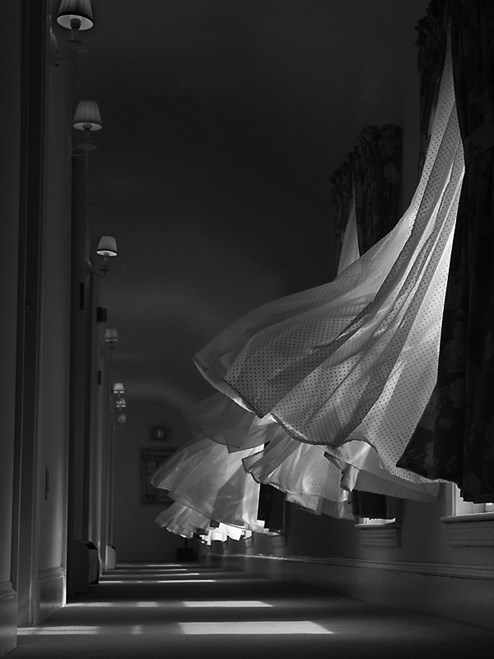 You get goosebumps every time you step into the house or a specific room because there’s just this cold presence. Could be those spirits, right? Before you go pointing fingers, check your windows and other potential sources of air leaks first.

That cold and seemingly spooky atmosphere could be nothing more than drafty air making its way inside the house through your windows or chimney, creating cold spots and the ambiance to make anyone conjure up thoughts of the supernatural. To detect air leaks, light incense and observe the smoke. If it moves erratically, you’ve just identified the “ghost” -- drafty air leaking in.

That bathtub or sink is seldom used or regularly cleaned, so why does it feel like something ghastly and noxious will come out of those pipes anytime soon? Or could that unpleasant smell be a remnant of a bloodcurdling scene like those of scary movies?

Before you let that imagination run wild with scenes, check your drain system first as this could be more likely an issue with the sink trap or the presence of slime than those works of fiction would have you believe.

Fixing this could be as simple as flushing the drain with bleach or installing a P-trap to block out those unpleasant odors from the pipe. In some instances, you may have to hire a professional to replumb the drain or fix the vent system. 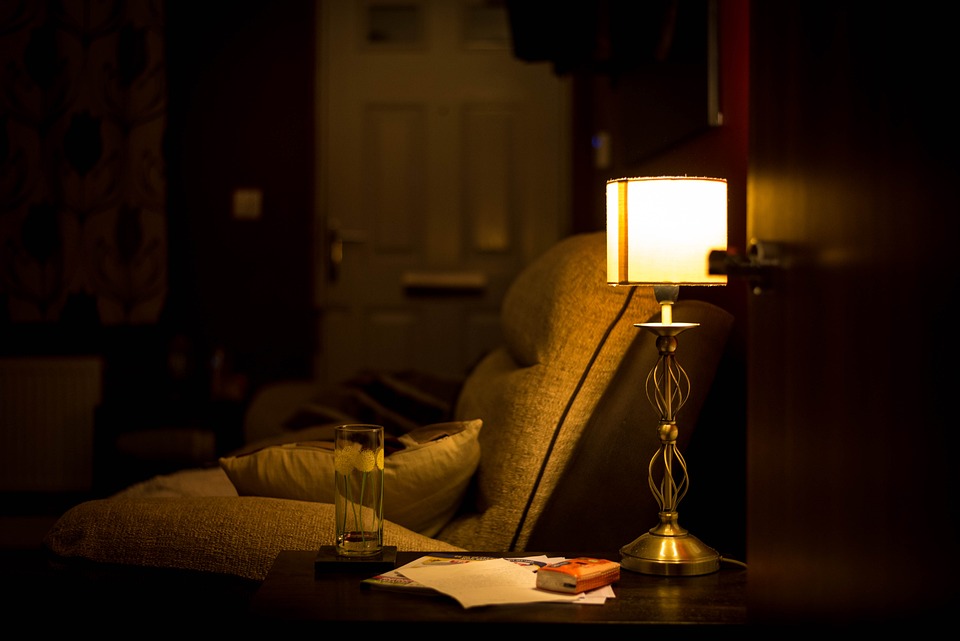 Do those lights seem to take on a life of its own, flickering, or turning on or off without anyone working those switches? If you’ve ever had one of those frightening night when the light suddenly shuts off, leaving you in utter darkness, your mind may go overdrive and begin to imagine ghosts lurking in the shadows waiting when you are most vulnerable. Before you panic, think of the number of rational reasons behind this phenomenon.

For one, it could be a case of spliced electrical wires coming apart. This is particularly an issue with houses built in the 1970s as aluminum wiring was commonly used in that era. As for those lights constantly turning and off all by themselves, you could blame power surges, faulty circuit, and loose connection behind that.

Also, make sure to use the right wattage for light fixtures. Using a 100-watt bulb on a 50-watt fixture could heat up the lamp socket and melt the wires. If your heart is already beating out of your chest as it is with the darkness, you don’t need the smell of toasted wires to add to your anxiety.

Don’t ignore these issues at their onset. Always troubleshoot and fix these fire hazards immediately. Better still, seek the help of a licensed electrician to check those wiring for you since electrical work presents some danger for those who are untrained for it.

Loud banging noises, squeaky floors, squealing sound, and those unexplained sound of activity in the attic probably gives you the creeps. Before you schedule a seance to politely ask your resident poltergeist to give you some peace around the house, try to speak with a home inspector first. Those noises could come from a wide range of maintenance issues like:

Your “ghost” may have bodies making all those sounds in the attic. Rodents, bats, and even snakes could set up shop in the attic and other cozy crawlspaces. Aside from being a source of your anxiety, they could also be on the quest to destroy your wiring or insulation, aggravating the situation. To get rid of these critters for good, seek the help of a pest control professional. Not only will they help purge the “ghost”, but they will also check where those pests gain access to the house so that you take care of the problem permanently.

The furnace can be a source of numerous unexplained noises. A dirty furnace could lead to gas build-up. And although an explosion rarely happens instantly, this is not something you can overlook. Other common noises from the furnace include screeching sound, which indicates some parts are in dire need of lubrication and the sound of scraping metals, which possibly means that there are loose components somewhere. 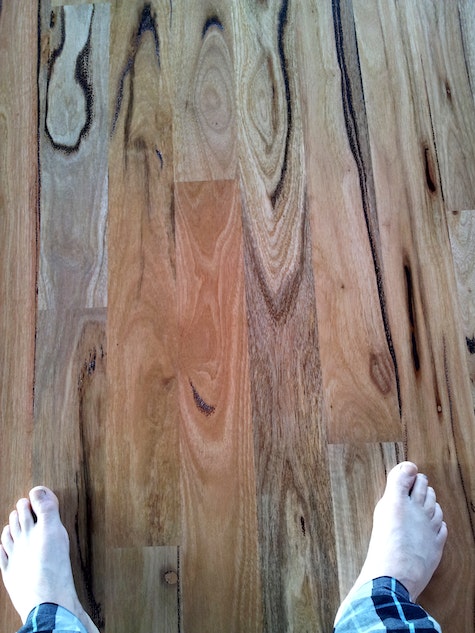 The sound of footsteps and squeaky floors is almost a cliche in horror movies. But it’s annoying when you’re hearing it inside your own home. And before you let those spooky flicks get the best of you, attend to your wooden floor first as they really need repairs.

But it’s not actually the floor that’s squeaking. The nails make the sounds as the subfloor separate from the joist and nails slide in and out of the wood. There are kits you can use to fix this problem if you want to go through the DIY route. Otherwise, a carpenter could take care of the issue for you.

Humans usually don’t have the capacity to make out sounds with a frequency of less than 20 Hertz. We may not hear infrasounds, but those sounds sure do not go completely unnoticed. In an unusual experiment conducted in 2003, researchers found out that concert-goers subjected to infrasounds report a general feeling of being haunted.

Infrasounds can come from a variety of sources ranging from extreme weather conditions, earthquakes, animal communication, to the most mundane stuff like a diesel engine, faulty ceiling fan, and fridge. So the next time you feel an eerie feeling and a tingling sensation, it may just be your ears playing tricks on you.

Slamming doors without anyone’s hand on the knob doesn’t necessarily mean an angry ghost shutting you out or isolating you in. You don’t have to attribute this to a poltergeist who wants its presence known when the simplest explanation for this is good ‘ol gravity. If the door is installed out of plumb and it’s loosely fitted to the jamb, you will have a phantom of your own making.

To resolve this issue, simply take out the pin of the middle hinge. Then, using a hammer, bend the pin slightly in the middle before putting it back on the hinge. This should stop your door from making unwanted movements.

And those cabinet drawers that open by themselves? This is most probably a hardware issue. Have the drawer slides repaired or replaced and this problem may be a thing of the past. If water seems to have a mind of its own, bringing about a range of issues like toilet flushing without anyone using it, mysterious pipe sound, and dripping water, take those as signs that you need to call your plumber.

The toilet issue could be a simple case of a flapper valve that needs replacement. As for the loud, banging noises in the pipes, those could be hydraulic shocks, which is caused by sudden closing and opening of water supply. To fix this issue, you will need a plumber to install a water hammer arrester.

Whether you are having trouble with the eerie noises, threatening doors, and sinister apparitions, there’s a good chance you can fix the issue without needing the help of paranormal experts. However, you may need home inspectors and other professionals to lend you a hand in diagnosing the issue and making the necessary repairs to it. Once you do, you will reclaim your home from phantom beings in more ways than one.