Veteran's Day is a very important day for WIN as we express our heartfelt gratitude and sincerest thanks to all who have served. Today, and every day, your sacrifice does not go unrecognized. Thank you, veterans!

WIN Home Inspection is proud to be recognized as one of the leading franchises to support veterans in their post-service careers. In fact, 36% of our Franchise Owners are veterans or first responders because our unique business model provides an exceptional opportunity for them to utilize the skills they learned while in the military, continue to serve their communities and build successful businesses.

WIN Mount Vernon owner, Brian Fish says, “Being military and veteran-focused is
something that I hold very close to my heart and is what initially drew me to WIN. Being able to work with other veterans and keep that military-like bond going is such a special thing and WIN welcomes that with open arms. I know I can count on my fellow franchise owners, and they know they can count on me.”

Other WIN franchise owners like Steve DeSalvio echo Brian’s sentiment. “I am proud to be a part of WIN, it’s so important to support veterans. When it comes to supporting veterans, I talk the talk and walk the walk...I wanted to join a corporation that held those same values and WIN exemplifies that in excess. I joined WIN because I wanted to make a difference, just because my duty is over doesn’t mean my service ends and WIN allows me to continue that commitment.”

WIN Charles Town Owner Jose Ayala, a former Air Force member, is another veteran who
decided to join WIN after his time in the service. When asked what a highlight of his time spent in the Air Force was Jose said, “Serving others, using my skillset and working alongside other highly skilled service members working towards a common goal. My time in the Air Force was special and is not something I took for granted, it taught me values that I carry with me to this day. It taught me that if you believe in something you must put everything you have into it and I carry that sentiment with me through all walks of life, including my WIN business.” 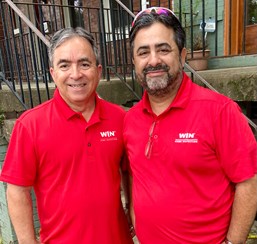 It’s a family affair for the Ayala brothers, as Jose’s youngest brother and partner at WIN Charles Town, Rey Ayala, is also a veteran. After admiring the strength and courage of his older brother, Rey decided to follow Jose’s example and enlisted in the Army where he spent the next 22 years. After serving three combat deployments, Rey was awarded a Bronze Medal for his efforts in clearing routes, and Bronze Star V after saving a fellow soldier in a combat zone.

Rey is proud of the work he and his brother have achieved so far and believes we should all share that same sense of pride. “If Americans could see their family serving overseas, they would be so proud of them, they are not only extremely brilliant, but are also compassionate.. They were excellent ambassadors for their country and their families. I was honored to walk beside them and am proud of all American soldiers.”

Rey said it best and it’s one of the reasons WIN is proud to work with and support so many veterans. 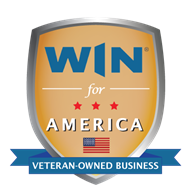 One of the many ways WIN supports veterans is by offering a 25% discount on the initial franchising fee. This discount is just a small token of our immense gratitude toward
veterans for their services and the sacrifices they made. Veterans are leaders by nature, and we encourage and empower them to use their natural leadership and sense of responsibility by offering the freedom and opportunity that comes with owning their own business.

In further support of our veterans, WIN also adopted the practice of R.E.D. (Remembering Everyone Deployed) Fridays where employees and franchise owners, better known as our Strategic Partners, wear red on Fridays. R.E.D. Fridays began as an online movement in the mid-2000's to show reverence and gratitude to all those that served and has recently expanded into the corporate world to companies like WIN. Our red polos help us remember and give thanks to all those who made the ultimate sacrifice.

WIN recently partnered with Home For our Troops, a charity whose mission is to build and donate specially equipped housing to those who were severely injured during service. As proud partners of veterans across the country, this cause is near and dear to our hearts and so we were excited to start an initiative to support them. For the month of October, we held an employee walk-a-thon where WIN pledged to donate money to Home for Our Troops based on the mileage our staff and franchise owners walked. Needless to say, all of us across the nation got up and started walking!

Veterans are the backbone to our society and the reason we are all able to enjoy the
freedom we have today. We’d like to extend a heartfelt thank you this Veteran’s Day to our WIN veterans and all veterans across the country for their incredible service.