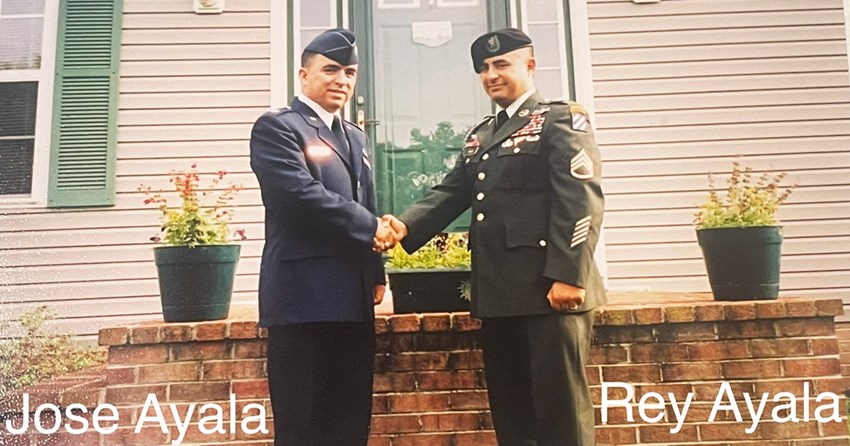 WIN Home Inspection is proud to be the preferred choice for Veterans and First Responders, with one-third of all franchise owners having served their country. Not only is the company honored to work alongside the men and women that have served, but they are so proud of the great individuals and their stories that have chosen WIN to help them build their business.

Family plays a pivotal role in businesses for many franchise owners and inspectors, which is true for Rey Ayala of northern Virginia and his brother Jose. 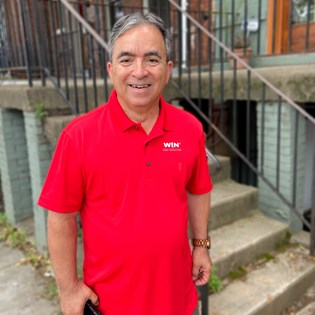 Jose Ayala, the oldest of four brothers, enlisted in the United States Air Force. He enlisted with his brother, Louie, and attended Bootcamp together. Enlisting in the Air Force was an obvious choice for Jose - it was important for him to find a way to enhance his skill set.

In the Air Force, Jose served as an accountant. Overcoming the challenges he faced as an accountant helped him learn the importance of preparation, discipline, teamwork, and camaraderie. After four years, he decided that he wanted to grow his career and become an officer. Jose spent the next four years at Rutgers University, enhancing his skill set, and eventually earning himself a Bachelor’s of Science in accounting.

“Finance had its challenges. We had to research, find solutions, and present ways to ensure that our troops had every resource that they needed. Everything had to work in a timely manner, in sync, and there wasn’t room for error,” said Jose. He discussed the responsibility they had, which they didn’t take lightly. “We had a chain of command that we were working for, but we knew the ultimate people that we are working hard for was the American people.”

Growing through the ranks, Jose retired as a Lieutenant Colonel, serving for a total of 24 years.

Now, Jose works alongside his younger brother, Rey. When asked about their relationship, Jose’s heart expressed the utmost love and respect. “My brother will always be my hero,” he said. “We have the common bond of both retiring from the military and it’s what makes us unique. WIN has allowed me to be able to work alongside my brother. He deserves so much, and I want to be there for him.”

What did you learn in the Air Force, and how do you see that lesson in where you are today?
“The uniform may come off, but inside it doesn’t”, explains Jose. “The way we operate at WIN is by discipline - we like our checklists and being effective in action.”

What is a highlight for you?
“Serving others, using my skill sets, and working alongside highly-skilled individuals that were disciplined and working in that environment. My time in the Air Force was something I didn’t take for granted and I learned to love throughout the time I served.”

“Service: To this day, I believe we are pivoting how we serve others. It's something we believe in, and we put our entire selves into it. We serve homeowners in every way we know how to, and we will continue to serve for our whole lives.”

Advice you would give yourself before enlisting?
“I have an 18-year-old son and understand that you should let each individual decide their own route. However, I would emphasize how important it is to serve others. You are unaware of what you are made of until you are tested and see some of the world. It opens your mind and expands your horizon. It’s satisfying knowing that you are serving your great country.”

What is one note you wanted to leave with the audience?
“I am blessed. Have faith – that thing will turn out. Devote yourself, absorb everything, and enjoy every moment.” 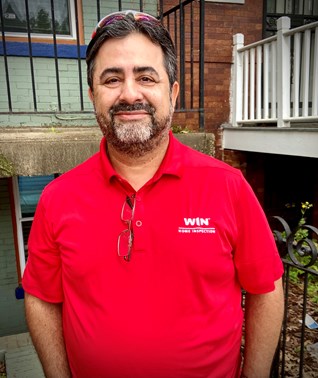 Growing up, Rey’s three older brothers were his heroes. Inspired by their actions, he followed in their footsteps and enlisted in the U.S. Army. Rey served for 22 years.

Rey chose the army to be a combat soldier, where he trained in Thailand and then served in three combat deployments. He earned a Bronze Medal for his work clearing routes (finding and removing bombs) and a Bronze Star V after saving a fellow soldier during an ambush and running over to a kill zone.

“In the first combat, I was a little scared,” Rey said. “You learned from the veterans, but there weren’t many there at the time of my first combat.”

Rey continued to advance and served as a mentor to new soldiers during his second combat. He strived to lead by example, showing courage and bravery.

After serving, Rey became a Military Advisor to provide guidance and support to soldiers. His time serving taught him to persevere and reminded him that bad times don’t last forever. And more so, he was so proud of the men and women he served with.

"If the American people could see their family members serving overseas, they would be so proud of them,” said Rey. “They are not only extremely brilliant but also incredibly compassionate. Although we saw a lot of terrible things on the streets, it didn't stop soldiers from being kind and treating everyone with respect. They were excellent ambassadors for their country and their family. I was honored to walk beside them and am proud of all the American soldiers." 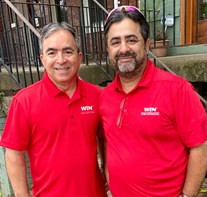 Today, Rey co-owns WIN Charles Town with his brother, Jose. We are
proud to have them both in the WIN family, seeing their knowledge
and achievements incorporated into his business.

To learn more about WIN Charles Town or to schedule an inspection: click here